On our last full day we visited the British Museum where we saw the special Cleopatra Exhibit and some of my favorite sculpture, the Elgin marbles, or, the Pediment Frieze from the Parthanon in Athens. Essentially, Lord Elgin, a Brit in the 1800's went to Athens, saw the temple and said to himself, "I think I'll take that home" and he did. Now, of course, don't you think the Greeks want them back? Anyway, they are stunningly beautiful pieces, larger than life size, filled with fluid movement and grace. The carving is so delicate that the fabric on the figures appears to be wet and clinging to the stone bodies. 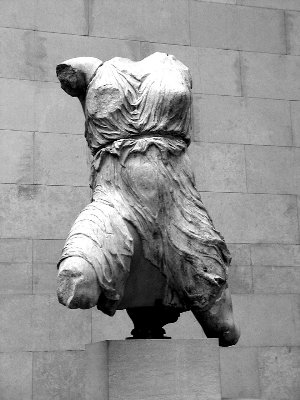 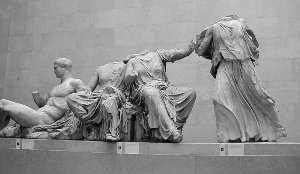 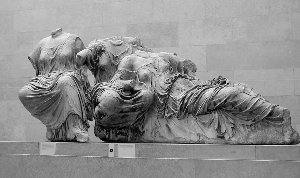 Of course the visit would not be complete without seeing all the ancient Egyptian artifacts, "acquired" much in the same manor as the Elgin Marbles above. Below are some of my favorite kitties, revered as they should be, for all eternity. 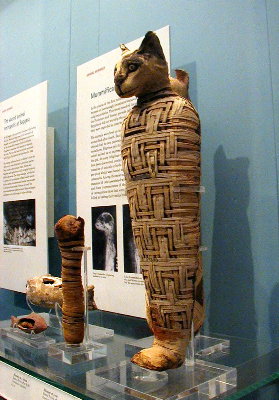 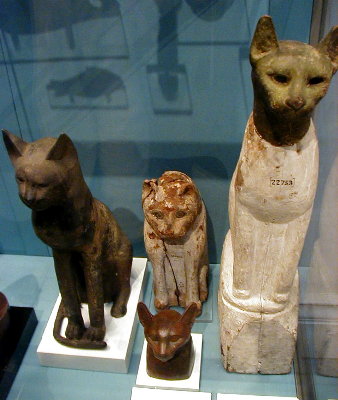 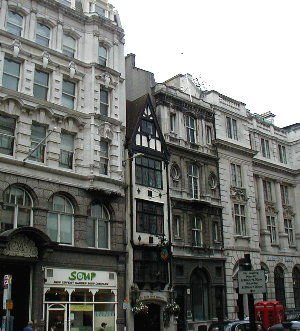 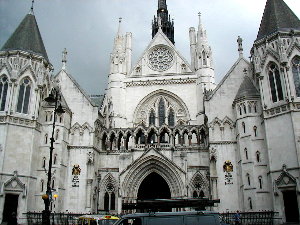 Above left, the oldest pub in London, squeezed into that tiny four story building. Close by, right, the London Halls of Justice, quite the gothic courthouse, created I'm sure to intimidate lawyers and convicts alike. 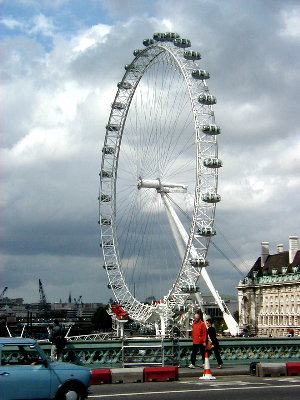 Above, the newest landmark in London, the London Eye. Look closely at the scale, that is a 9 story building directly to the right of the wheel. Each "pod" on the wheel can hold up to 40 passengers. We did not go on as the ride was sold out far in advance. We did, however, go to the London Aquarium, which was "nice" but nowhere near as good as the Monterey bay Aquarium or the Aquarium in New Orleans. 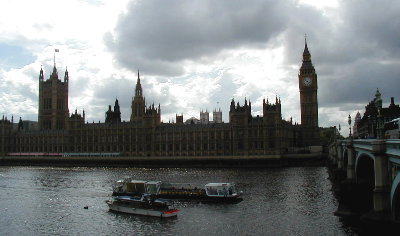 Across the Bridge from the London Eye, sits Big Ben (which refers to the bell, not the tower) and the Houses of Parliament. Unfortunately, parliament was not in session when we were there and we were unable to sit in a observe as David and I had done a few years before.

Our last dinner was at a Chinese Restaurant on Queensway, a few blocks from our hotel. The Four Seasons (84 Queensway 020-7229-4320) has one of the highest ratings for any restaurant in London, according to the Zaggat Guide, and it is known for it's roasted duck. The reputation is well deserved, and while we had made reservations, we still had to wait for an hour for a table. It was worth the wait; we ordered half a roast duck and it was so fantastic that before even finishing it, we had ordered another.