Usually I start my pre-trip journals way in advance, but I didn't seem to have the luxury of time for this trip. My Mother and I had been discussing taking another trip together for quite some time now, since our trip to Bangkok had been so much fun. Initially we had discussed going to New York or Washington D.C, but back in March when I started looking at air fares, I discovered that for not much more money, we could go to London. Well, why not? So a 4 day trip to D.C. turned into an 8 day trip to London.
About the same time that we were deciding where to go, my friend Jessica was visiting and we told her of our plans and asked if she wanted to go. After a bit of persuasion we got her and her boyfriend Michael to agree to come along. Although I had been to London before, during our RTW trip, this would be a first for my Mother and Jessica.
I did not keep a journal during this trip, so this will be devoted mostly to photos with some practical information along the way.....

We landed in Heathrow tired after a 10 hour flight, but excited to be there! 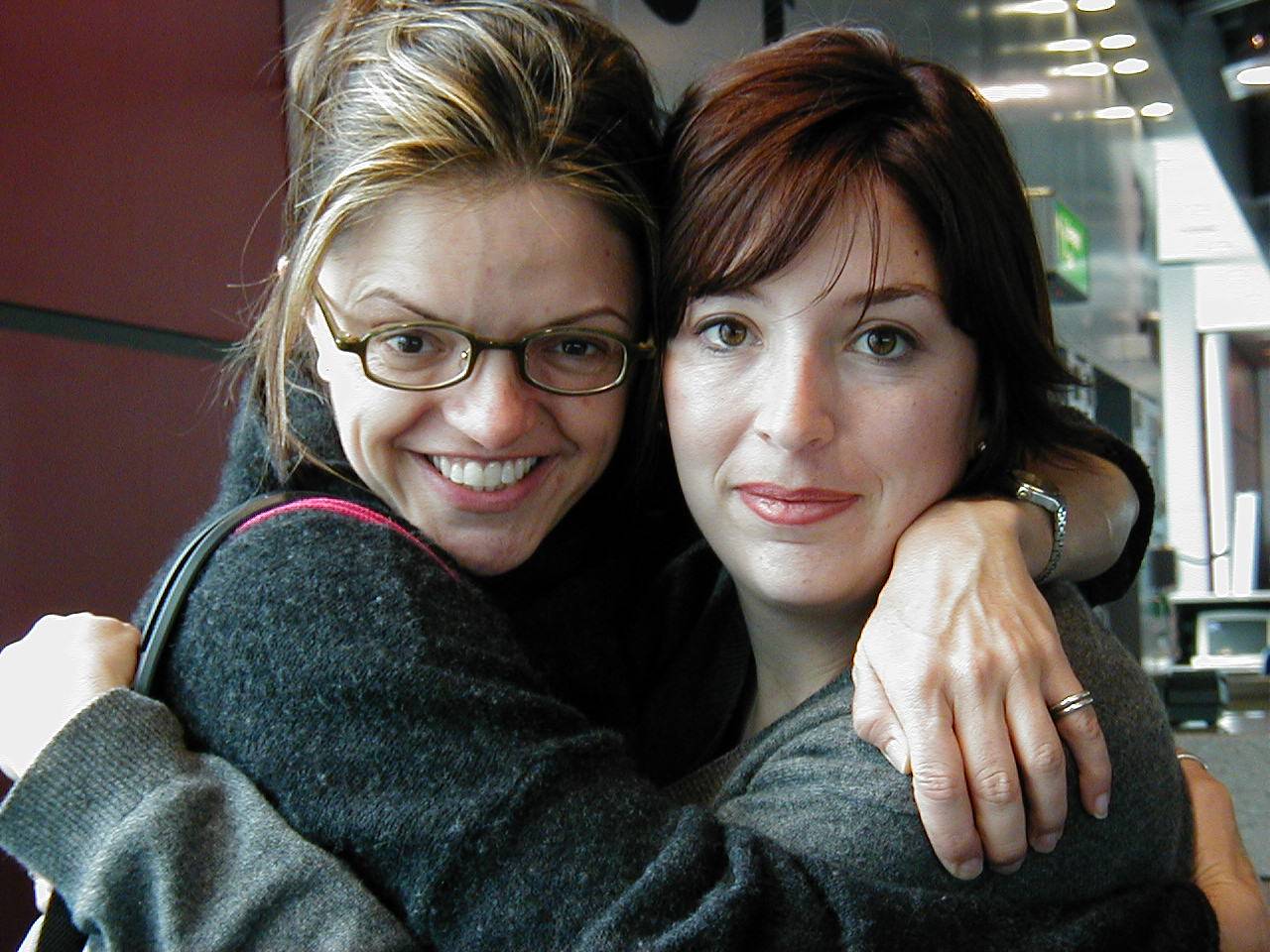 Before we had left the US, we had booked our hotel online, the Hyde Park Ryan, now called the Gresham Hyde Park (66 Lancaster Gate). London hotels are among the most expensive in the world so it was a challenge to please everyone's desires for a "nice" hotel, at a "reasonable" price. We reserved at 101B.P. for a double, including breakfast, in a decent part of town near the North end of Hyde Park, through a booking service called stayinlondon.com. We had also booked a car to pick us up after much debate as to how to get into town. There are many options from Heathrow including subway (tube), the Heathrow Express (a train), taxis, and private car hire. We chose the last option because not only would the car and driver cost us less for four than the Heathrow Express, but it would take us directly to the hotel. Had I been alone, or with only one other person, I would have taken the Heathrow Express which supposedly gets to central London in only 20 minutes. But, we still would have needed a taxi to get to our hotel. We used london-transfers.com which is owned and operated by a gentleman named Ray Skinner. I booked this online and Mr. Skinner himself picked us up in a minivan. His was the most affordable deal I could find as well as I just got a good feeling from our email correspondence that he would be trustworthy.
One other item of note; before we left, we also purchased the London Pass, which gave us access to multiple attractions and a 6 day London Tube pass which allowed us to ride the Tube (subway) and busses at will.
After checking into the hotel, we took a walk though the neighborhood and ended up at a Greek restaurant, Zorbas (35/36 Lienster Terrace) for dinner. Jet lagged, we sat the enjoying the hoummous and pita, and watched the world go by through the restaurant's front window. We were all pleased we had succeeded in making the trip come together and were anxious to begin our fun. But first, sleep.....


This being Sunday morning, we decided to walk to Hyde Park to see if we could catch the soap-box speakers in Hyde park at the "Speaker's Corner", but we must have arrived too early since no one was there!

From there we went over to the covered market, Covent Garden and for a walk past the Theater and the famous sculpture, the Dancer.
Lunch near Covent Garden, was Pub food of course! We went to Porters, solely because on their website they have a live "webcam" that shows nothing but a London backstreet with the occasional delivery truck. I found this so amusing and absurd that I had to go and see it myself. Plus the website was a bit irreverent so I figured it couldn't be that bad. The restaurant is owned by Richard, the 7th Earl of Bradford, but the steak and mushroom pie was nothing special. 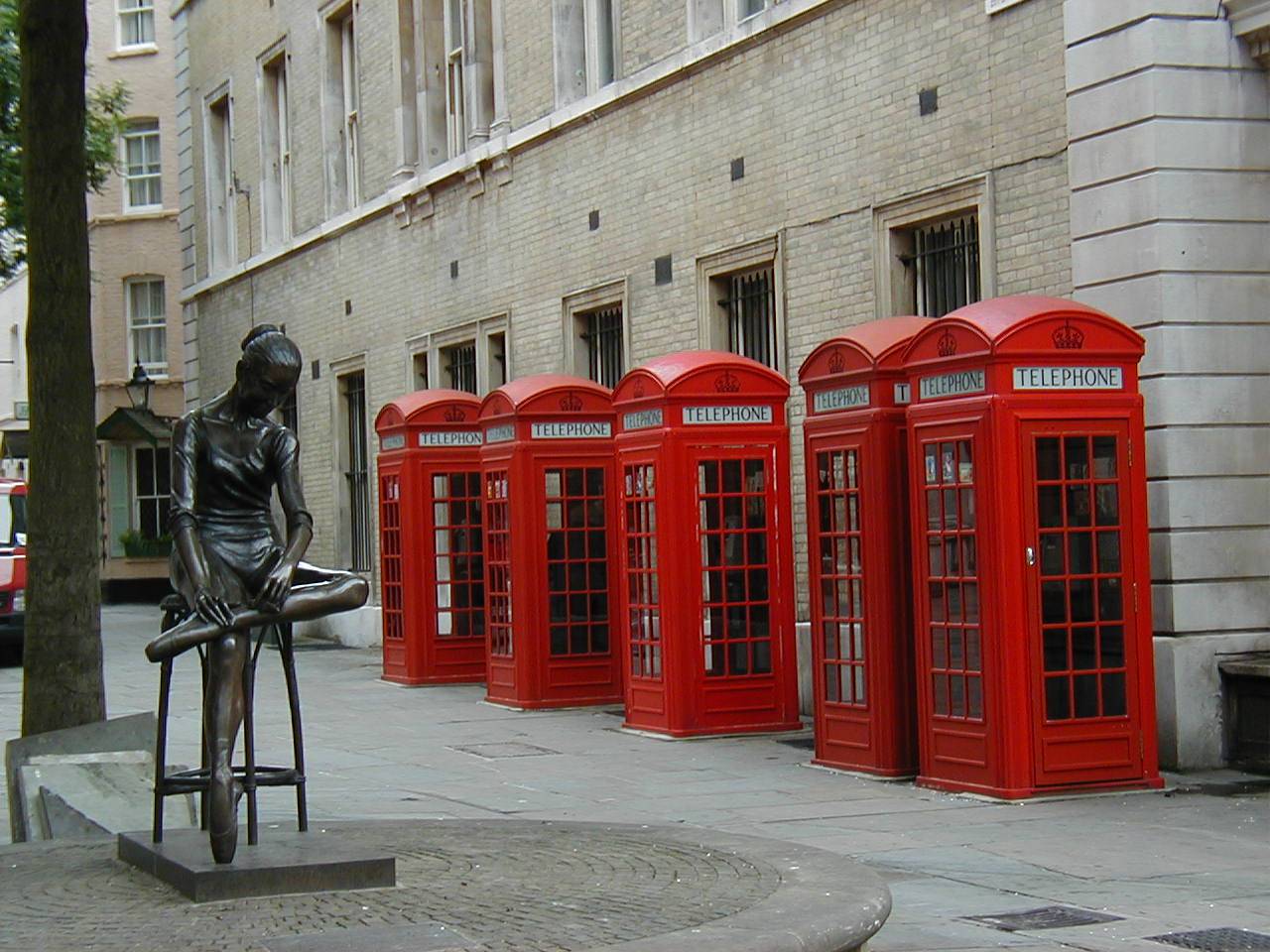 In the evening, we went on one the famous London Walks where, 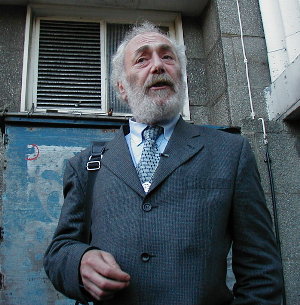 for 5 B.P. you get a guided walking tour through London's most famous neighborhoods. We chose the most famous, the Jack the Ripper Walk, which took us through the west end where the man did his dirty deeds. Our guide, however, was not the famous author of the Jack the Ripper biography, as promised, but a rather crotchety substitution. He did his job well though, and we were quite fulfilled by the end with his tales of Royal conspiracy. 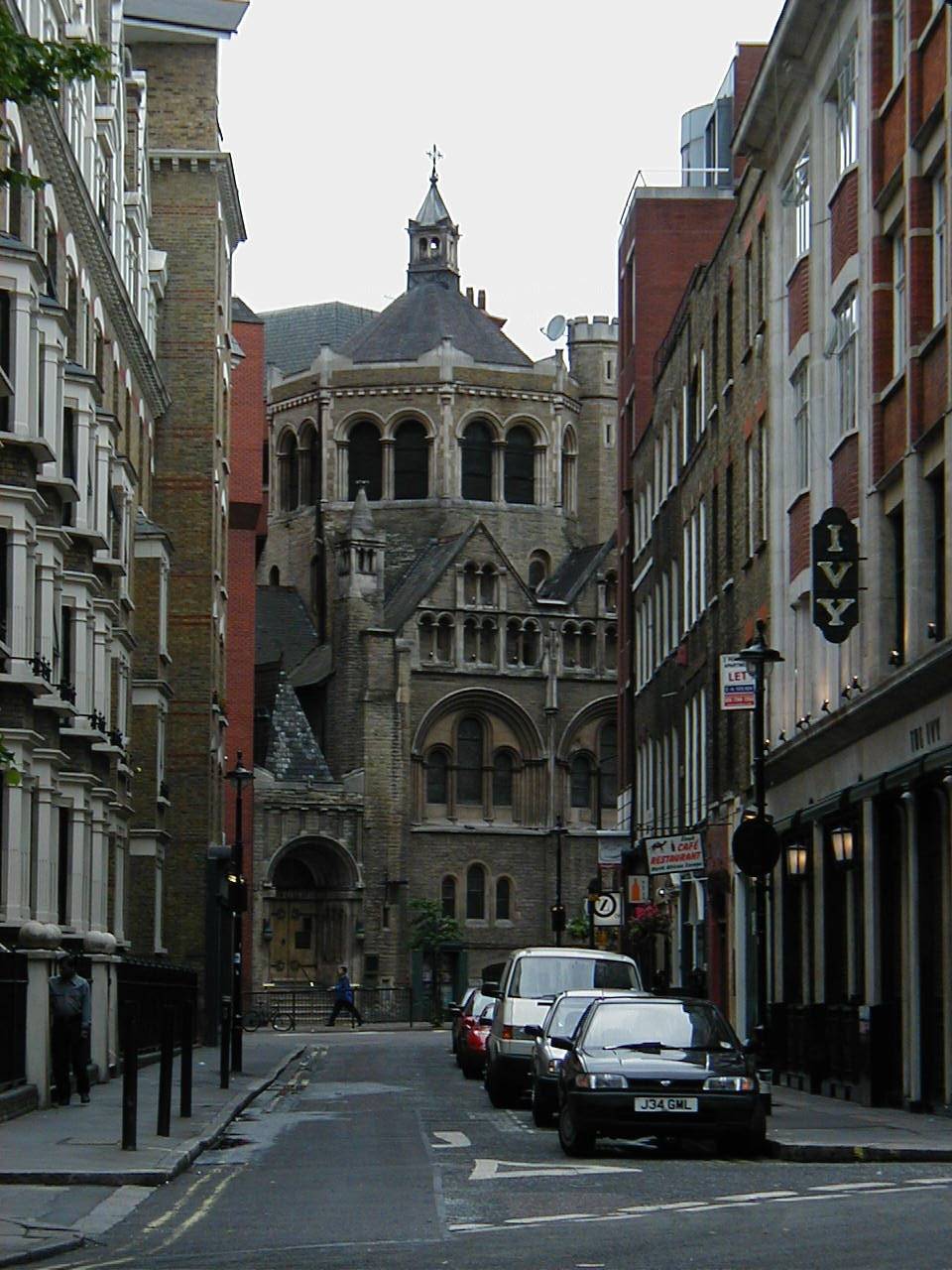 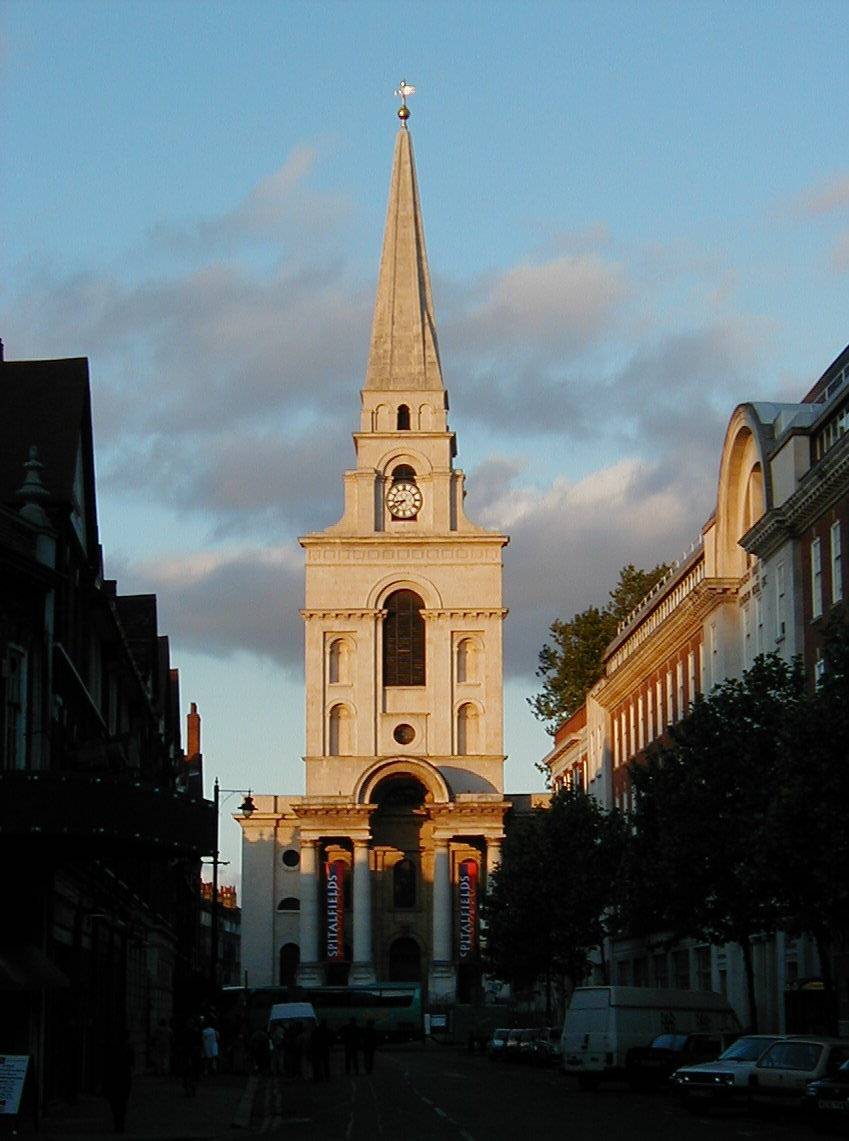 By the time we finished the tour it was almost 10 PM and since we were close to Little India, we went in search of Indian food. What we discovered was an almost deserted area of town, with restaurants open, but empty. Discouraged, we headed back to the Tube, hopped on a train and went in search of dinner. We came across a cute restaurant called Apogee (3 Leicester Place) where we sat on the third floor of a converted house and had a nice meal.

In the morning, London Pass in hand, off we went to London's most famous attraction, The Tower. Besides the transportation factor, this was probably the London Pass' best feature, since admission to this one place would have cost us about $17 each. Here, we joined up with a free guided tour of the grounds given by one of the Yeoman Warders, or, "Beefeaters". 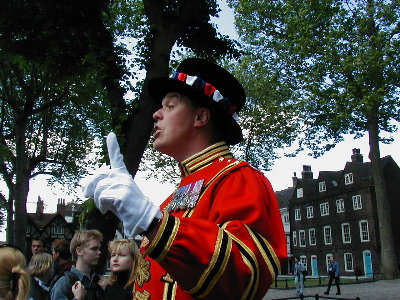 The Warders are former military men with at least 20 years service to Her Majesty and have been guarding the Tower since the 14th century. Here, they take tourists on walking tours though the grounds of the Tower and explain some of the history including the site of the beheading of Anne Boleyn, one of Henry the 8th's wives. They are filled with information and very amusing in presentation and it is worth it to try and arrive in time for one of their tours.
After the tour we wandered though the buildings on the grounds which hold the Crown Jewels, The Medieval Palace, and the White Tower, among others. 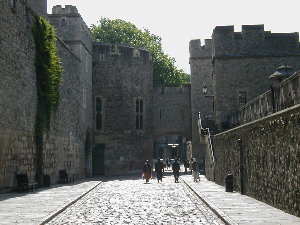 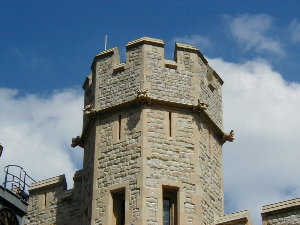 For more about the Tower of London, see my previous trip in 1999 as a part of our RTW trip.

After the Tower, we took a walk over to the Houses of Parliament only to discover that Parliament was not in session the week and we would not be able to watch politics in action as David and I had done in 1999. From there we walked across the street to Westminster Abbey, where the line to enter was absurdly long and we discovered that our London Pass was not valid, except for a small chapel in the rear. So, we decided to skip it and got a great view of Big Ben with the London Eye (ferris wheel) in the background instead.

Please see the links below for more photos.