After a lackluster breakfast, we left the Hotel Presidente and went into Marsala in search of a morning market we'd heard about. We didn't exactly find the market, but as we rounded a corner on the way out of town, my mother said "Did you see that big fish?" I hadn't, but fortune was smiling on us and we found an open parking space and pulled over.  We walked back to check it out and I was dumbfounded. It was an enormous tuna in the process of being butchered. I asked the gentlemen who were cutting down the fish if I could take pictures, and instead of scowling at me like expected, they grinned and even posed for photos. The fish was so large it took two of them to cut off one loin of tuna. Now that's some fresh sushi! 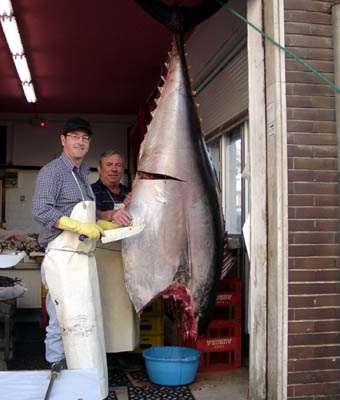 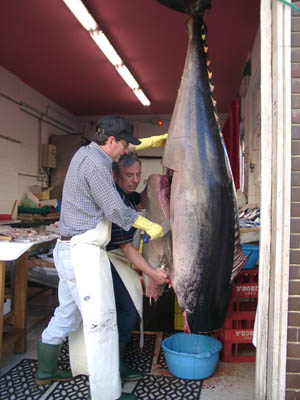 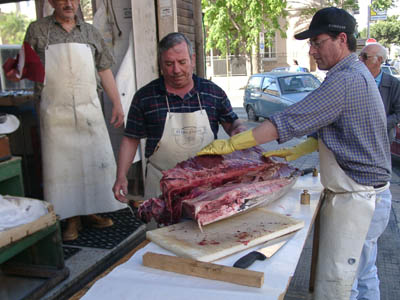 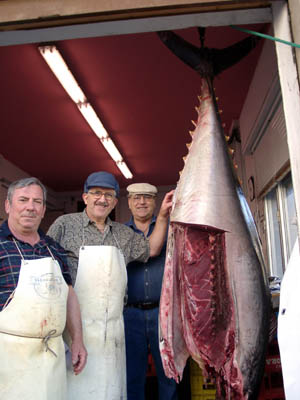 From there, we drove north toward Trapani in search of the famous Salt Flats. Driving long the small road, barely on the map, we saw plenty of wind mills, salt pans, and mountains of salt covered with red roof tiles to keep it from blowing away. When we stopped at the boat landing for the tiny isle of  Mozia, the parking attendant wanted to charge us for parking just to take a photo. Just north of Mozia, we stopped and toured the salt museum inside an old windmill. We were the only English speakers to sign the guest book in the last two years. There, I bought a cute ceramic crock that says "Sale" and some sale di Mozia to go in it. I like the Sicilian salt, it's finer in grain than kosher salt, but nicer than regular table salt.

Inside the wind mill is the Salt Museum 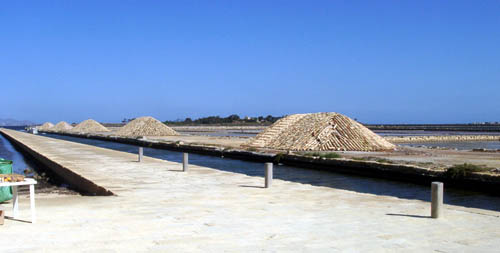 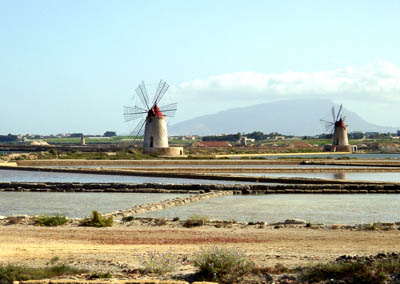 In photo above, note the mountain, atop which sits the town of Erice.

After leaving the salt flats we drove to Trapani where we parked near the port and this time, paid money into the meter box, buying a parking ticket. We walked into the center, found the Information office and asked them to call Baglio Fontana and Baglio Santa Croce, both places recommend to me on Slowtalk . Baglio Santa Croce was full, but Baglio Fontana had rooms. Next we tried to find the daily market at north end of town near water. We found it easily and it turned out to be primarily a fish market with some produce and cheese and olive stalls. There, we tasted smoked tuna, which sold for 40 E a kilo! Mom bought a kilo of smoked Ricotta to bring home. 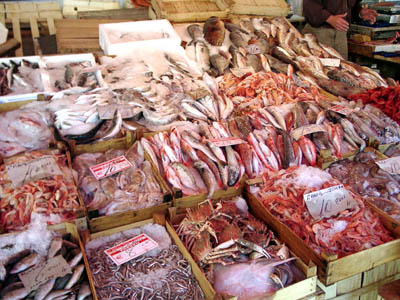 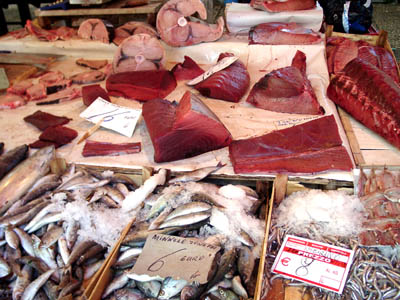 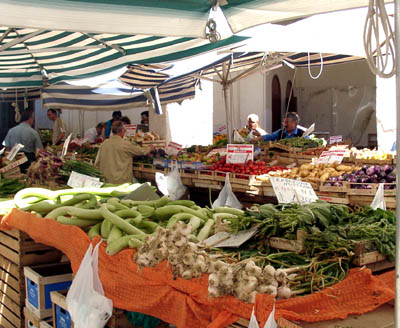 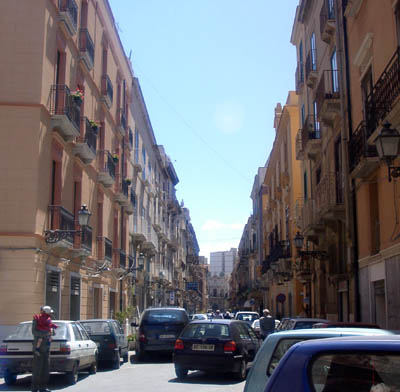 The streets of Trapani

If you have comments or suggestions,
email us!